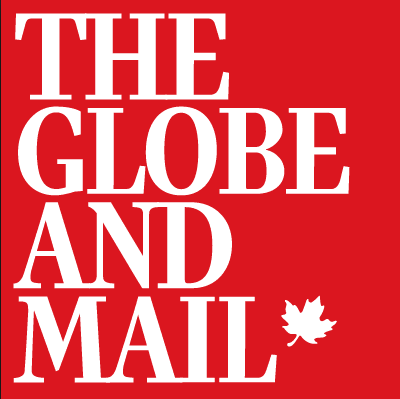 ALEKSANDRA SAGAN – About a year into her first full-time gig out of university, Jordann Brown was startled to discover she was earning less than most other Canadians in the same type of position.

Saddled with about $38,000 in student and car loans at the time, she’d jumped on the job offer without doing much research. But later on, while scouring the Internet for tips on how to earn more, she came across salary-comparison sites detailing just how much she was in fact being underpaid.

The somewhat emboldened but mainly nervous 22-year-old started making a plan to ask her boss for a wage increase. “I decided to do it because I knew there was a good chance that I could argue successfully for a raise,” said Ms. Brown, now 26, who works in marketing and also runs her own personal-finance blog.

After swaying her boss with some compelling arguments, followed by an uncomfortably long pause, her annual pay was increased by about 10 per cent.

It may be a nerve-wracking experience to ask an employer for more money, but a well-prepared individual presenting a strong business case of how they add to the company’s financials can be persuasive.

In addition to knowing comparable salaries, he says, employees looking for an income boost need to highlight ways they’ve helped the organization increase revenues, boost efficiencies or lower costs. “When you can draw a correlation to your value and the bottom line of the organization, it certainly helps your position.”

In Ms. Brown’s case, she came prepared to her meeting with lists of all her completed projects over the past year and their positive impact on the company. She also compiled good customer feedback and the skills she’d acquired since her start date.

But how much to ask for – Ms. Brown’s 10-per-cent raise notwithstanding – will entirely depend on each person’s situation, says Alan Kearns, founder of job-coaching agency CareerJoy.

Variables include the worker’s starting and current salary, and total compensation package – as well as factors such as if they led a project to an unexpectedly large profit. There are also some common benchmarks to consider, Mr. Kearns adds, such as inflation.

In 2016, the average pay bump for non-unionized employees will be 2.6 per cent, according to a projection in the Conference Board of Canada’s most recent compensation planning outlook report that surveyed 370 organizations.

Another salary tactic is to ask for more than the employee is willing to settle for, Mr. Kearns says, and create some wiggle room for negotiations.

However you choose to stack the deck in your favour, just be sure you’ve taken the time to practise your spiel, Mr. King says. You don’t want to stumble through a negotiation.

Employees may also want to consider asking for things beyond money, he adds. Workers may be able to, for example, negotiate flexible work hours or extra vacation time in lieu of increased pay.

It’s best, however, to avoid bringing up personal circumstances, Mr. King stresses – even if that’s the reason behind the discussion.

It’s not up to an employer to pay more for the same job when an employee decides to buy an expensive vehicle, take a large vacation or purchase a costly home, Mr. King says.

Another bad move is getting emotional.

Like she did, Ms. Brown suggests not waiting too long to ask for a raise, as it allows pent-up resentment to transform into a demanding, frustrated tone during salary negotiations.

“It shouldn’t be an argument,” Mr. King agrees, “and that’s best avoided with the homework that’s done proactively.”

Despite taking all the right steps, a jump in pay won’t always come your way.

If it’s down to your performance at work, and not company finances, Ms. Brown suggests creating a plan to enhance your skill set – for example, through online certifications. But if the boss makes it clear there’s no opportunity to progress, “then it might be time to quietly start job searching.”