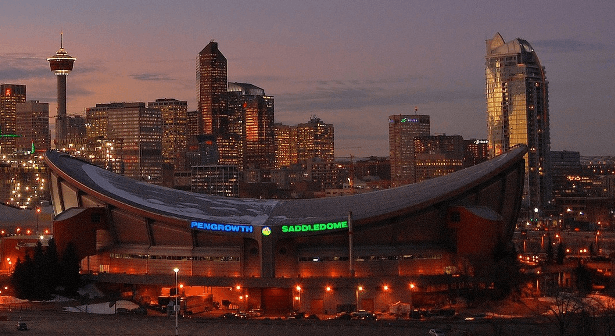 It is one of the reasons the Branch hosted the Calgary Career Management Panel. A steep drop in oil prices created economic hardship for many people in Alberta. Some alumni in Calgary had lost their jobs or were worried about their futures. The event gave alumni networking opportunities, provided job-seeking tips and reminded graduates of the career services resources available to them through Queen’s during the economic downturn.

“The ultimate goal was to deliver an important educational event when the Calgary alumni community needed it the most. This is the essence of why branches exist – to help support their communities,” says Mr. Godwin.

The Calgary Career Management Panel was a collaborative effort between Queen’s, the Calgary Branch, and counseling company CareerJoy (which is a partner of Queen’s Career Services). There was a diverse panel of alumni moderated by CareerJoy president Alan Kearns on topics such as creating opportunity, innovation, philanthropy, volunteering, and learning from successes and failures.

Event organizers received great feedback from both the attendees and the panelists. “It was very rewarding to be able share advice and help others,” said Alberta WaterSMART CEO and panelist Kim Sturgess, Sc’77, LLD’16 – who was named as one of Canada’s Top 100 Most Powerful Women in 2007.

Volunteer President of the Alumni Association Sue Bates, Artsci’91, felt the event highlights that support from Queen’s continues long after students graduate. “The Calgary Career Management Panel is a wonderful example of what is great about the Queen’s alumni community. When people are facing a challenge, alumni go out of their way to help out and support fellow graduates. The Calgary Branch absolutely deserves to be honoured for this initiative,” she says. “We want people to know Queen’s can continue to help them even after they have graduated.”

Mr. Godwin was thrilled when he learned the Branch was being honoured for its efforts because he feels it recognizes the valuable contribution Branch volunteers and executives give to both Queen’s and Calgary.

The event was recognized with the Initiative of the Year Award from the QUAA. Mr. Godwin will represent the Branch when he picks up the award at the QUAA Gala Awards Dinner on April 8. Online registration for the Gala is now open.

Alumni are encouraged to nominate a Branch event for the Initiative of the Year Award.  Nominations are now open